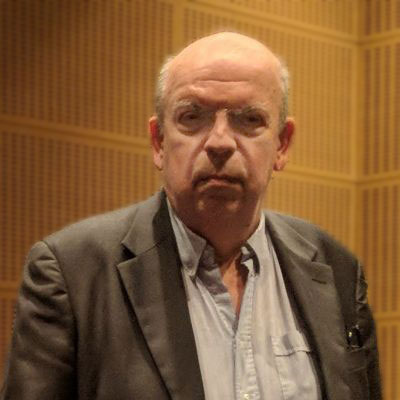 Born in Esztergom, Hungary, lives in Budapest. Studied history and history of art, PhD 1994: New Media – Art and Science. He was a member of the Béla-Balázs-Studio, Budapest (1981-87) and the Indigo-Group. Head of the Intermedia Dept. at the Hungarian University of Fine Arts since its foundation (1991) and director of C3: Center for Culture and Communication. He has produced several films and videos during the 1980's and published numerous articles and book on media art and history. Organized several exhibitions: Vision - Image and perception, Eyeresonator, Photo/Model – Memories of Forgetting 2018, and curated the exhibition at Hungarian Pavilion of the 2011 Venice Biennale.

The age of the code
What is old and new in the data world?

The intention of the MAPS 2018 workshop is to generate a dialogue on the digital – digitization, born-digital content and the use of these terms and attitudes in the context of a contemporary cultural environment, for example, in an art museum. Digitization is the method to represent the analogue world in the form of a digital code and make it accessible by the use of a machine. The conversion of any analogue source material to a numerical format substitutes the original in the data world. Born-digital is something which was created in the form of the digital code, without the necessity of an access towards the analogue (our) world. If there is such need, some kind of interface has to be built. However, the new processes are not only about data, information, preservation or memory, but also on new temporality. The issue of ageing seems to be an absurd approach in the world of the code, where a three year old file is often considered as a fossil. Which is the appropriate digital strategy, considering the nature of permanent present, the framework of the global networked society? Is it still „the survival of the fittest” which counts in the zero dimension, or we should think on Achilles and the tortoise in Zeno’s paradox, where the quickest can never overtake the slowest?