Media and Art theoretician
University of Applied Arts, Vienna (AT) 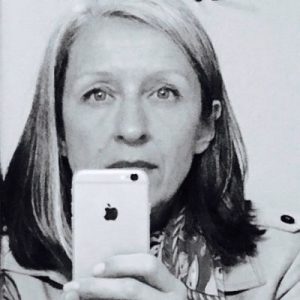 Katharina Gsöllpointner is a media and art theoretician with a focus on the entanglement of media aesthetics, digital technologies, and the cybernetics of art, and with a passion for inter–, trans– and crossdisciplinary working. She holds a PhD in communication and media studies and has taught on media and art theories at universities in Austria, Germany, and Hungary. In her habilitation treatise ‘Intermedia Production and Multimodal Perception. On the Aesthetics of Digital Art’ (2015), she formulated a media theory of digital art as an aesthetic model for the multimodality of perception.

Katharina has conceived, led and carried out a series of inter- and transdisciplinary research projects on issues of media aesthetics and media arts, such as AESTHETIC KNOW-HOW. Language – Technology – Media (2007 – 2009) or Digital Synesthesia (2013 – 2016).

From 1991 to 1995 she was the manager of the Ars Electronica Festival in Linz where she, together with Peter Weibel, created festivals like Artificial Life – Genetic Art (1993) or Welcome to the Wired World (1995).

She is working as a researcher and lecturer at the Department Digital Art at the University of Applied Arts Vienna, and since 2017 also is a staff member of the Department Cross-Disciplinary Strategies. www.katharinagsoellpointner.at

Digital Synesthesia has been an exhibition emerging from an artistic research project realized at the Department of Digital Art at the University of Applied Arts Vienna, which was shown in Vienna and Hong Kong in 2016. My talk will introduce the trans-disciplinary research about the inter- and multimodal constitution of digital artworks and give some insights into the challenges of exhibiting such works of art. I will describe the steps which had to be made to realise the artworks, like the call for concepts, the commissioning, the budgeting, the organising, as well as the exhibiting itself.