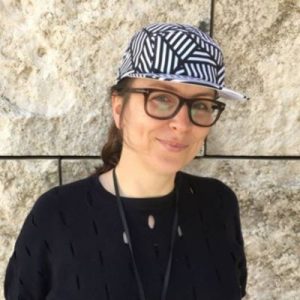 Hanna Hölling is Lecturer in Art History and Material Studies at the Department of History of Art, University College London. Prior to this, she was Andrew W. Mellon Visiting Professor, Cultures of Conservation, at the Bard Graduate Center in New York. Hölling’s fellowships and awards include, among others, the Getty Residential Grant (2016-17), a Visiting Scholarship at the Max Planck Institute for the History of Science in Berlin (2015), and a four-year fellowship at the University of Amsterdam, funded by the Netherlands Organisation for Scientific Research (2009-13). Hölling was head of conservation at the ZMK Center for Art and Media in Karlsruhe, Germany. Author of Revisions-Zen for Film (Bard Graduate Center New York/The University of Chicago Press, 2015) which accompanied an eponymous exhibition at the Bard Graduate Center Gallery in New York (September 17, 2015—February 21, 2016) and, most recently, Paik’s Virtual Archive: On Time, Change and Materiality in Media Art published by the University of California Press (February 2017).

Against Gravity: The Virtual and the Actual Archive in the work of Nam June Paik

“In the future, the only artwork that will survive will have no gravity at all” maintained the Korean-American artist Nam June Paik in the1980s. He speculated that once liberated from the gravity of its material, the art of the future will lack a physically “preservable” aspect.

My talk will address media artworks based on film, video and computer code that confront us with the vulnerability and instability of their physical carriers and visual contents. Being in the process of continuous reinterpretation, rescription, and remediation, these artworks move between formats and platforms, seemingly unconcerned with the gravity of their physical carriers. These hybrid combinations of display and playback technologies differ from traditional media such as painting and sculpture by not conforming to the conventional collecting, archiving and musealization processes. Changeable by nature, they question the established views considering what an artwork is, or might be, what is being exhibited and preserved, and what subsequently enters the realm of cultural memory.

To illustrate my thoughts, I will present iterant multimedia from my recent book Paik’s Virtual Archive: Time, Change, and Materiality in Media Art (University of California Press, 2017) and offer insights into the work of fellow scholars on the early digital art in which Paik, unsurprisingly, was a pioneer.